The Week of Prayer for Christian Unity begins today. For more than a century it has been celebrated every year by Christians of all Churches and ecclesial communities in order to invoke the extraordinary gift for which the Lord Jesus himself prayed at the Last Supper, before his Passion: “that they may all be one; even as you, Father, are in me, and I in you, that they also may be in us, so that the world may believe that you have sent me” (Jn 17:21).

The practice of the Week of Prayer for Christian Unity was introduced in 1908 by Fr Paul Wattson, the founder of an Anglican religious community who later entered the Catholic Church. The initiative received the blessing of Pope St Pius X and was later promoted byPope Benedict XV, who encouraged its celebration throughout the Catholic Church with the Brief Romanorum Pontificum of 25 February 1916.

The Octave of Prayer was developed and perfected in the 1930s by Abbé Paul Couturier of Lyons, who supported the prayer “for the unity of the Church as Christ wants her and in conformity with the instruments that he desires”. His last writings show that Abbé Couturier saw this Week as a means which enables Christ’s universal prayer “to enter and penetrate the entire Body of Christians”; it must grow until it becomes “an immense, unanimous cry of the entire People of God”, asking God for this great gift. Moreover the Week of Prayer for Christian Unity is in itself one of the most effective expressions of the impetus the Second Vatican Council gave to the search for full communion among all Christ’s disciples. 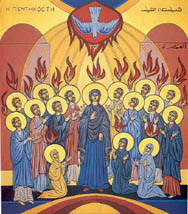 May this spiritual event that unites Christians of all traditions increase our awareness that the true unity for which we strive cannot be solely the result of our own efforts but, rather, will be a gift from on high, to be ceaselessly prayed for.

Every year the booklets for the Week of Prayer are compiled by an ecumenical group from a different region of the world. I would like to reflect here on this point. This year the texts have been proposed by a joint group of representatives of the Catholic Church and of the Polish Ecumenical Council, comprised of various Churches and ecclesial communities of the country. The documentation was then revised by a committee made up of members of the Pontifical Council for Promoting Christian Unity and of the Faith and Order Commission of the World Council of Churches. This work done in two phases, is a further sign of the desire for unity that motivates Christians and of the awareness that prayer is the main way to attain full communion since if we are united in our orientation to the Lord we are on our way to unity.

The theme of this year’s Week — as we have heard — was taken from the First Letter to the Corinthians: “We shall all be changed … by the victory of our Lord Jesus Christ” (cf. 1 Cor 15:51-58), his victory will transform us. This theme was suggested by the large Polish ecumenical group, as I mentioned, which, reflecting on its experience as a nation, chose to emphasize how strong the support of the Christian faith is in trials and upheavals, such as those that have marked the history of Poland. After much discussion, a theme was chosen which focuses on the transforming power of faith in Christ and in particular in the light of its importance to our prayers for the visible unity of the Church, the Body of Christ.

The inspiration for this reflection was drawn from St Paul’s words to the Church in Corinth. He speaks of the transitory nature of what belongs to our life in the present, marked too by the experience of the “defeat” of sin and death, in comparison with what Christ’s “victory” over sin and death in his Paschal Mystery brings to us.

The particular history of the Polish nation which experienced periods of democratic coexistence and religious freedom, as in the 16th century, was marked in the last centuries by invasions and defeats, the constant struggle against oppression and the thirst for freedom. It was all this that led the ecumenical group to reflect more deeply on the true meaning of “victory” — what victory is — and of “defeat”. Concerning “victory” understood in triumphalistic terms, Christ suggests to us a very different road that does not pass through dominance and power. Indeed, he says: “If anyone would be first, he must be last of all and servant of all” (Mk 9:35).

Christ speaks of a victory through suffering love, reciprocal service, help, new hope and practical comfort given to the lowliest, to the forgotten, to the outcast. For all Christians the loftiest expression of this humble service is Jesus Christ himself, the total gift that he makes of himself, the victory of his love over death, on the cross, that shines in the light of Easter morning.

Only if we let ourselves be transformed by God, only if we undertake to convert our life and if the transformation is brought about in the form of conversion can we share in this transforming “victory”. This is the reason why the Polish ecumenical group considered St Paul’s words: “We shall all be changed by the victory of our Lord Jesus Christ” (cf. 1 Cor 15:51-58) particularly appropriate for the theme of its meditation.

The full and visible Christian unity that we long for demands that we let ourselves be transformed and that we conform ever more perfectly to the image of Christ. The unity we pray for requires an inner conversion that is both common and personal. It is not merely a matter of cordiality or cooperation, it is necessary above all to strengthen our faith in God, in the God of Jesus Christ, who spoke to us and made himself one of us. It is necessary to enter into new life in Christ, who is our true and definitive victory; it is necessary to open ourselves to one another, understanding all the elements of unity that God keeps for us and gives us ever anew; it is necessary to be aware of the urgent need to bear witness among the people of our time to the living God, who made himself known in Christ.

The Second Vatican Council made the ecumenical search the centre of the Church’s life and activity: “The Sacred Council exhorts all the Catholic faithful to recognize the signs of the times and to take an active and intelligent part in the work of ecumenism” (Unitatis Redintegratio, n. 4). Blessed John Paul II underlined the essential nature of this task, saying, “This unity, which the Lord has bestowed on his Church and in which he wishes to embrace all people, is not something added on, but stands at the very heart of Christ’s mission. Nor is it some secondary attribute of the community of his disciples. Rather, it belongs to the very essence of this community” (Encyclical Ut Unum Sint, n. 9).

Hence the ecumenical task is a responsibility of the entire Church and of all the baptized, who must develop the partial communion that already exists among Christians and make it grow into full communion in truth and in charity. The prayer for unity is consequently not restricted to this Week of Prayer but must become an integral part of our prayers, of the life of prayer of all Christians, in every place and in every time, especially when people of different traditions meet and work together for the victory, in Christ, over all that is sin, evil, injustice and the violation of human dignity.

Since the birth of the modern ecumenical movement, more than a century ago, there has always been a clear awareness that the lack of unity among Christians is an obstacle to a more effective proclamation of the Gospel, because it endangers our credibility. How can we give a convincing witness if we are divided?

Of course, the fundamental truths of the faith unite us far more than they divide us. Yet the divisions remain, and also concern various practical and ethical issues, giving rise to confusion and diffidence, undermining our ability to transmit the saving word of Christ. In this sense, we should remember the words of Bl. John Paul II who spoke in his Encyclical Ut Unum Sint of the damage to Christian witness and to the proclamation of the Gospel that is caused by the lack of unity (cf. nn. 98, 99). This presents an important challenge to the New Evangelization, which will be all the more fruitful when all Christians proclaim together the truth of the Gospel of Jesus Christ and give a common response to the spiritual thirst of our time.

The Church’s journey, like that of the peoples, is in the hands of the Risen Christ, victorious over death and over the injustice that he suffered in the name of all. He makes us share in his victory. He alone can transform us and change us from weak and hesitant people into strong and courageous in doing good. He alone can save us from the negative consequences of our divisions. Dear brothers and sisters, I invite everyone to join together more intensely in prayer during this Week for Unity, so that the common witness, solidarity and collaboration among Christians may increase, in the expectation of the glorious day on which we shall profess together the faith handed down by the Apostles and celebrate together the sacraments of our transformation in Christ. Many thanks.